As I mentioned on Tuesday, my Search and Rescue team got called out. I am a member of the San Bernardino Sheriff's Cave Rescue Team, although we don't put out fires we have assisted with evacuations and security during fires in the past, notably the large fires 4 years ago, a year before I joined the team.

Yesterday at about 0400 I hit the road and drove out to the shipping container that is our gear storage shed, where I met Sonny Lawerence. We picked up the Sheriff's vehicle and headed up to the operation center in Twin Peaks where we were briefed and given our mission.

Our assigned task was to patrol the commercial districts of Crestline and Rim Forest looking for looters. If we saw anything odd happening we were instructed to call in to the command post on the 800MHz radio. We were issued Nomex shirts and rubber goggles, along with an 800MHz HT to compliment our 800MHz mobile in the truck.

We began our mission after a eating a county-catered breakfast. I spent the day driving around slowly between the two tiny commercial strips of Crestline and Rim Forest. In Rim Forest we saw a guy with his pickup trucked backed up to a hardware store and another guy inside. We called it in, and as we were waiting for the Sheriff's Deputies to come the guy in the pickup took off. One of the Deputies knew that guy inside who was the owner. Other than that our day was uneventful, although I did get some cool shots of Tanker Helicopters sucking up water from Lake Gregory: 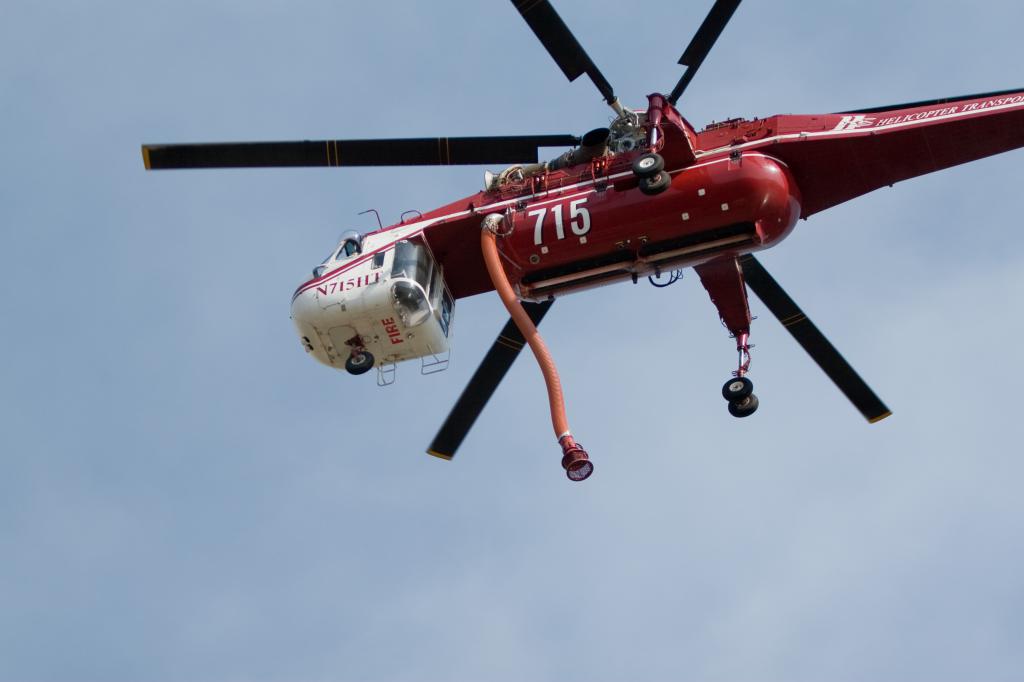 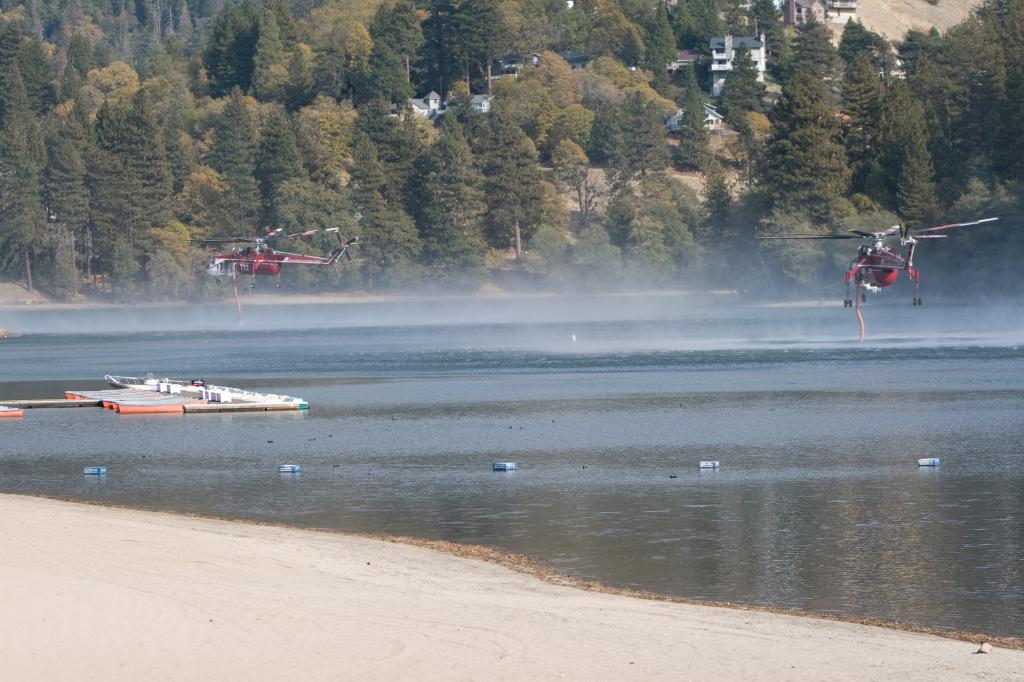 We didn't get too close to the fire, here is a photo of the Grass Valley fire: 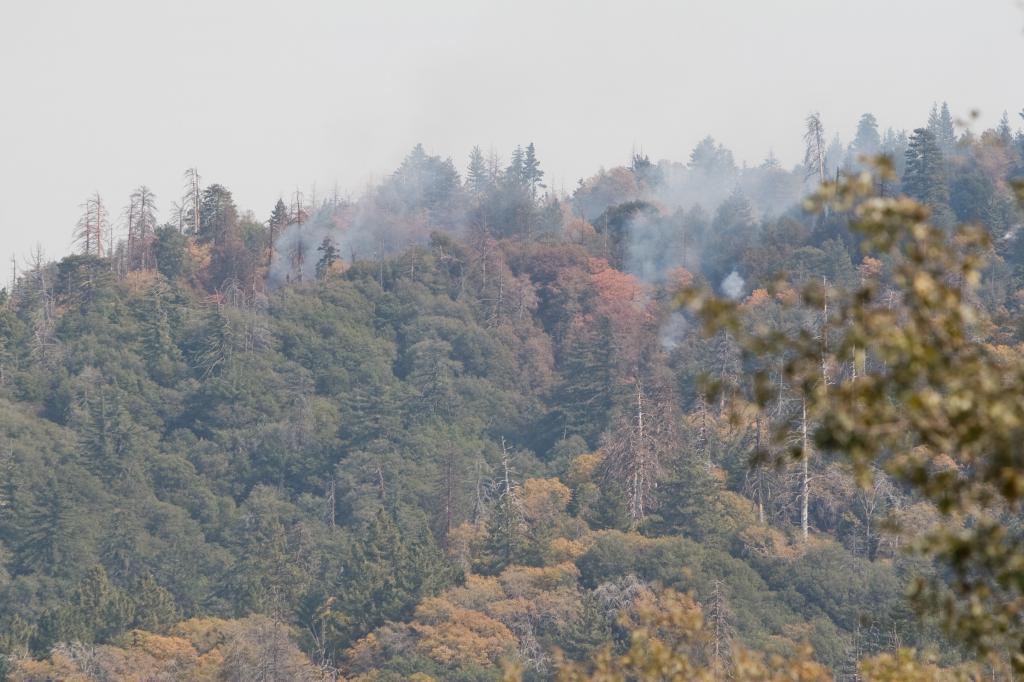 And here is a photo of the Slide Fire:

For more information about the fires near Lake Arrowhead, check out the Rim of the World website as does the SB SAR website.