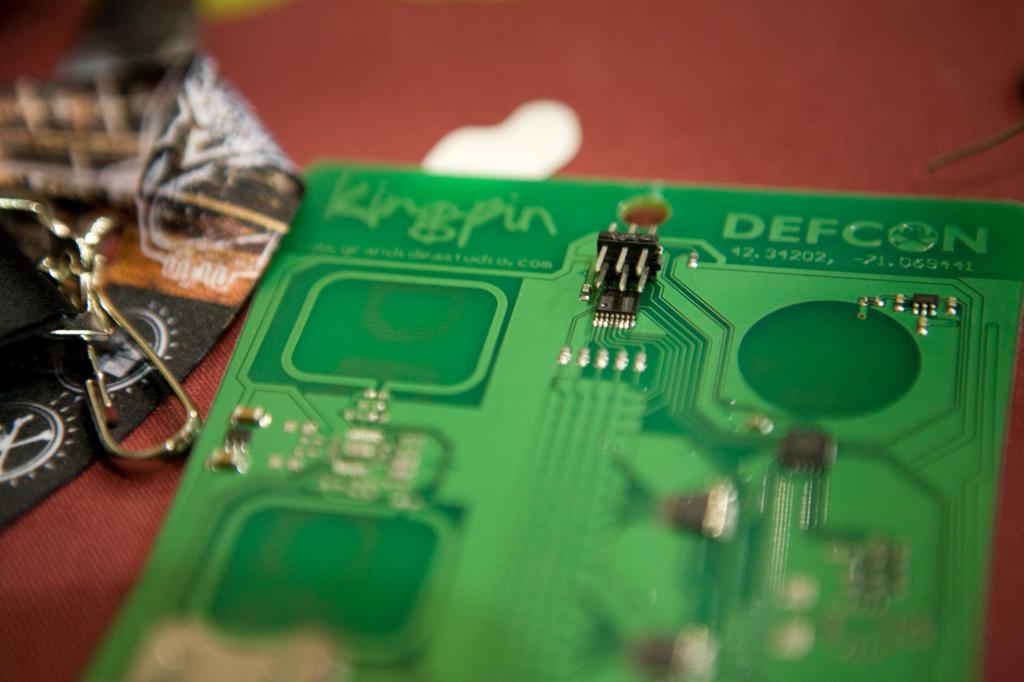 Yesterday at Defcon I went to the vendor area to pick up the Zigbee and accelerometer chips for my awesome Defcon badge. Unfortunately they were out of both chips, but they did let me borrow their soldering iron and gave me some leads to solder onto my badge. I soldered these leads on in a minute or two and then attached my badge to their laptop which had the freescale programming software on it. I modified the source code, which is actually in C, simply changing the hard coded message from "I <3 DEFCON" to "eecue.com." Changing this, meant that as soon as I powered up the badge it displayed that instead of the default message, and also changed the POV message. After modifying the code, I recompiled the firmware and flashed it to the badge. 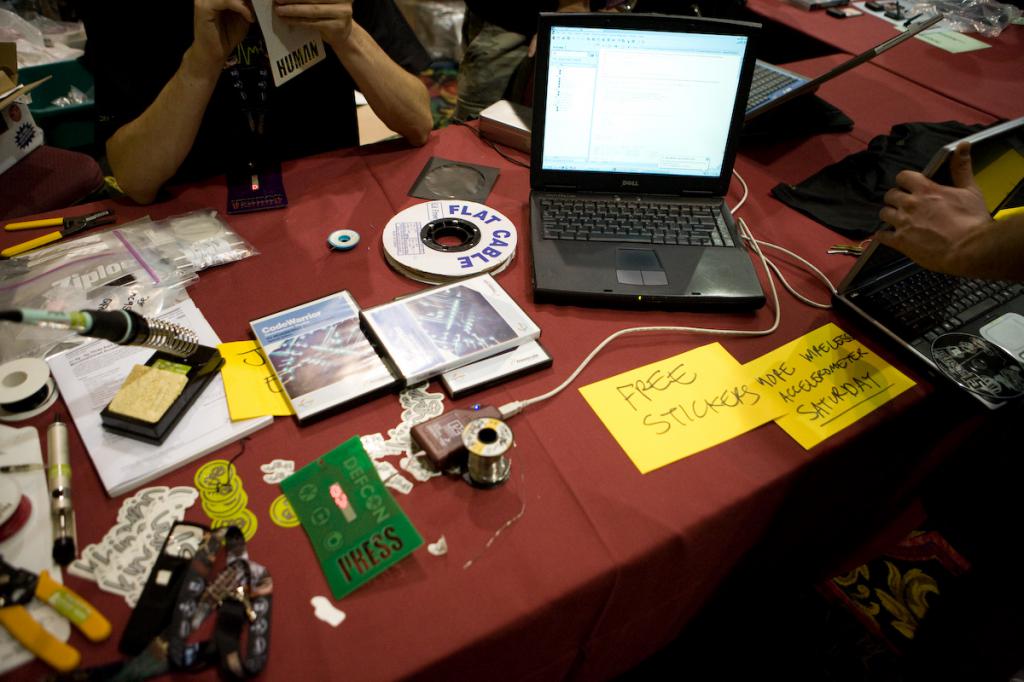 The hack was simple and in total took me about 10 minutes. According to the guys at the booth and Joe Grand (the badge's designer) I was the first person at the con to hack a badge. Today I am planning on picking up my own Freescale programmer and the accelerometer chips which should be in stock, and hopefully I'll find some time to modify the badge in more interesting ways. This simple hack has been written up on Wired's 27bstroke6 blog (whom I have been employed by for the duration of the convention as their staff photog), Gizmodo and several other places. 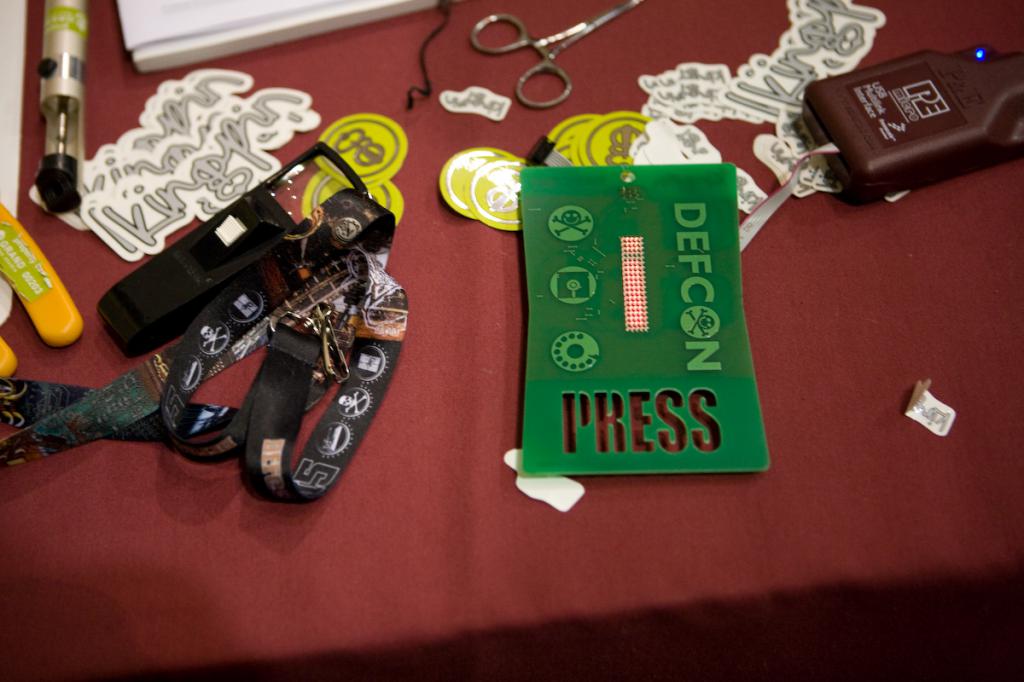 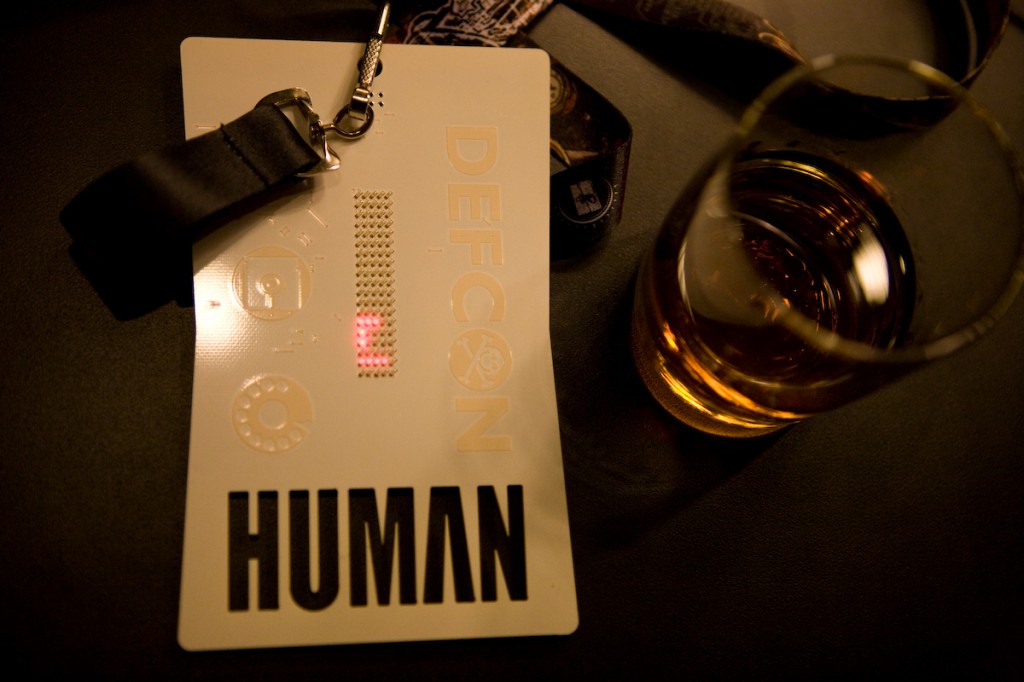 I just got my wife's badge for Defcon (they're not giving out press badges 'till tomorrow) and it is totally and completely awesome. At first when I put the batteries in, the LEDs lit up and then nothing happened. I tried shorting a few pins together on the back to no avail and then by accident I figured out that the front has two buttons, which are the smiley skull and the dial. After pressing the buttons it scrolled some text about Defcon, and then I hit the buttons a few more times and saw POV, which stands for persistence of vision. I swung the badge around and saw the word defcon, just like the cool spoke POV kits. Then I pushed the buttons a few more times and it displayed: TEXT. I held both buttons at once and I was able to program in 15 characters of text using the buttons to navigate and pressing them both at once to select a letter. I choose: "EECUE[HEART]PENELOPER^" with the heart being an actual heart symbol. The badge offers a full upper and lowercase alphabet along with an assortment of symbols and punctuation. After adding the 15 characters the text began to scroll in a marquee fashion. This is the dopest badge ever. Hell yeah and way to go Defcon! 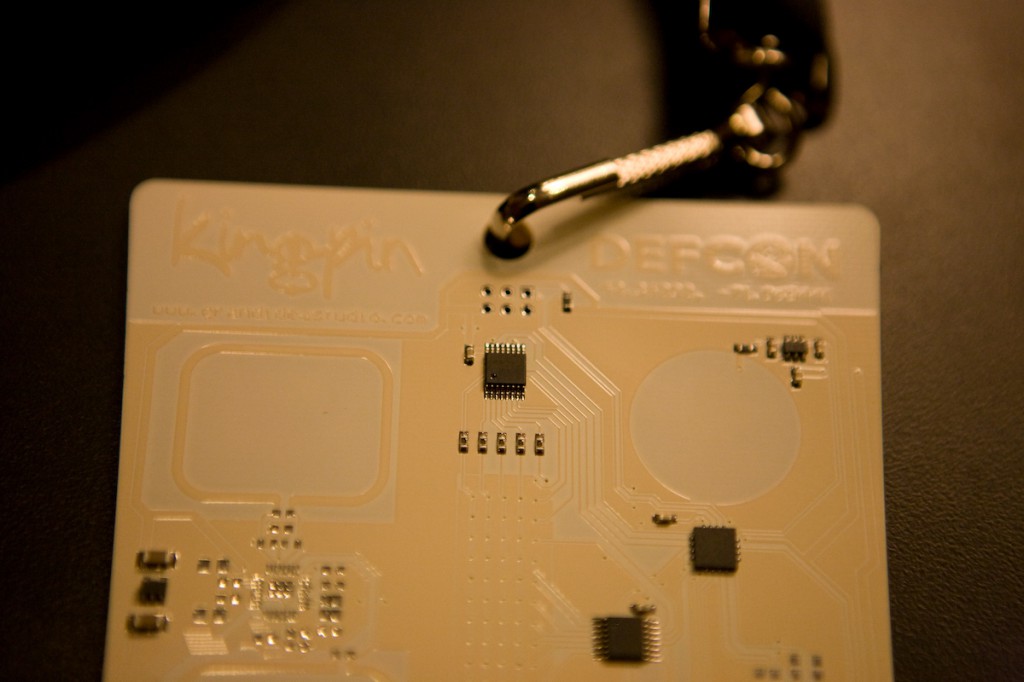 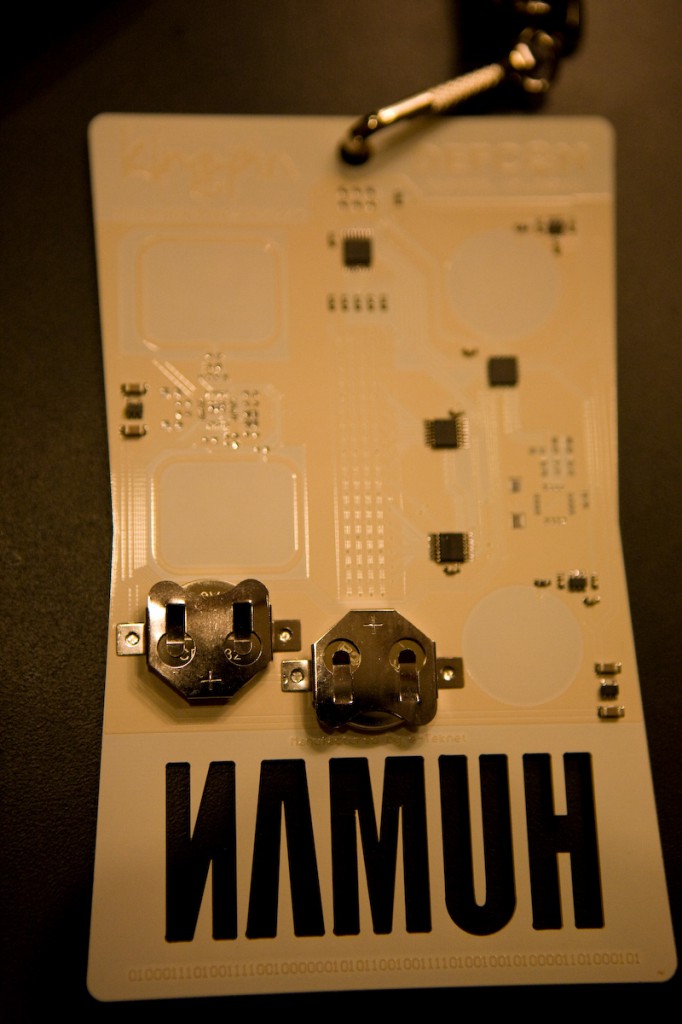